Ian’s work is probably the most varied in interests of all of the artists, and he was certainly one of the most prolific. What emerges is a kind of radical enthusiasm for the ideas of community life and local resource management. Ian has been involved with the Inverkeithing Community Garden since its onset, a beautiful space which offers peace and beauty to visitors, as well as a deeply satisfying activity for people who get involved with gardening and managing it. Ian has a general love for wildlife, especially trees, and he was drawn to illustrating the trees of the area. If we come to value trees, and especially trees within complex eco systems, as we really should, then Ian’s work looks like portraiture of individuals, as much as just ‘drawings of trees’. Each is recognisable to someone who knows and them lives with them every day.

Ian’s other genius is for including passers by into his work, and the project of Inverkeithing in general. When out and about drawing or doing his other art works, he not only talks to people who express an interest, but documents them in the form of photography, and later develops this further into his work.

Ian was also fascinated by the horrific crimes against the people who were tried for witchcraft in the 17th Century in Inverkeithing. He elevated his response to this with a remarkable piece of conceptual art in Witch Knowe Park, which is situated across from Witch Knowe, the place where the accused were tried and killed. He attached 51 scraps of colourful fabric, representing the number of people known so far to have died here in this way, to a small tree in the public park area. These scraps remained on the tree, to be encountered by walkers and visitors, creating a memorial. While attaching the scraps, he was approached by a little girl and her mum, interested in what he was doing, and he invited them to help. He of course recorded this with a photograph.

Ian is currently collaborating with Rosie Gibson on her Instagram ‘Idiot Wind’ project.

Hope started taking photographs with her parents’ camera and with her phone before the Covid 19 lockdown, but when the surreal times began in March 2020 she found herself off school, trying to do schoolwork at home, and going out for a walk each day. Taking photographs of what she saw each day, as well as self portraits, was an activity which kept her going. It also began to emerge as a visual diary of the times she was living through.

She is drawn to ex-industrial landscapes and objects; decaying and rusting machinery, crumbling masonry and blasted land. Inverkeithing’s history contains a large amount of industry, due to its position on the Firth of Forth, proximity to Edinburgh and a northern gateway, and its particular geography of rock formation. It’s a fascinating past, and one which many historians have studied. What is less usual, and it’s tempting to think it could only be truthfully expressed through the eyes of someone with Hope’s youth, is the destruction and mess which has been carelessly abandoned after industrial extraction has occurred.

Her eye is sensitive to the combination of industrial relic and nature thriving in neglected and abandoned spaces.

Hope’s process developed when she began experimenting with editing in colour. Almost by accident, she had discovered a revealing emphasis on the juxtaposition between nature and man-made objects in her chosen subjects.

Hope also included self portraiture in her photography, as she goes through the processes of growing up and finding herself. What’s particularly interesting is the combination of growing up and her environment. Some of these she included in this project, while others will be part of future planned projects.

On the strength of this project, Hope has sold some prints of her photography, and has decided to take art in 3rd year, and perhaps for Nat 5. Many people are impressed by her remarkably mature sensibility.

Lainy is the final artist in our line-up of makers who will be displaying and selling their beautiful work this Saturday in Inverkeithing, a fitting end to the list as both she and her work are so lovely! Lainy is proficient in a wide range of mixed media techniques and her work is much sought after and loved by admiring collectors. Her work and images are extracted from an array of influences, history, culture, architecture, family and nature. 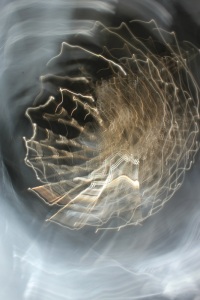